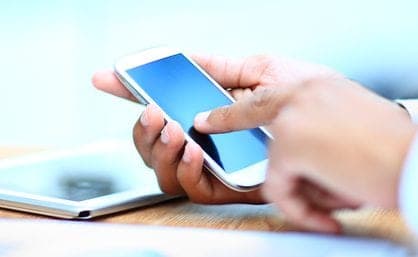 Facial recognition technology (FRT) has become more prevalent in recent months. The reliability and accuracy of FRT have improved, and companies such as Apple introduced it in all their recent phone models. The reason for this is because the likeness and uniqueness of a human face are one of the better ways to secure technology. FRT is able to use age, gender, gaze tracking, head pose, ethnicity, and more to ensure only an authorized person has access to what is being secured.

Mobile devices such as phones are handling more private and sensitive data than ever. Phones have become a digital extension of someone’s wallet, containing credit card and banking information. Third-party applications can also contain very private information. The need to maintain the security of this data is both critical and difficult.

Passwords and Pins Are Less Secure

Traditional pin/password security becomes less secure every year as technology advances. Not only that, people have a tendency to ignore complex password rules by writing them down or creating passwords that can be easily guessed. Should a phone get stolen, it would be that much easier for a bad actor to gain access to sensitive information.

Rather than replacing traditional pin/password security, FRT can be combined with it in mobile applications. Known as two-factor authentication, a person would gain access by a password and a photo or video capture of his/her face. Authentication cannot occur with only a password or FRT, making it harder to access sensitive data.

FRT Has Many Applications

FRT can be used in both online applications to secure accounts and even offline local to the device. If a mobile device is accessing sensitive company information, accounts can be managed with passwords and FRT. This could help ensure access is on a need-to-know basis, and information on stolen devices is protected.
The success of social media applications, banking applications, and even some online games rely on security. Using passwords alone is not the best way to ensure this anymore.  It makes sense to take advantage of a “selfie-driven” society by making FRT part of authentication. It can happen with no impact to the end-user with a capture/authentication taking less than half a second.
Users may also want to secure data in their phone applications that are offline. Word processing applications and even private photos can use FRT to ensure that no unwanted person has access to it. This, again, becomes useful should a device be get stolen or left somewhere. Privacy is est issues today when it comes to mobile devices.

How to Implement FRT on Your Apps

So how can you implement FRT into your mobile applications?  OCR Solutions offers the best-in-class accuracy and unmatched speed with GDPR-ready FRT software. The facial recognition software comes in two forms, C++ API(SDK) and RESTful API. The Face recognition engine works on many different platforms including server, mobile, and even edge (embedded) implementations.

OCR Solutions FRT can work function with any mobile or web camera, working with both still images and live video streams. It has been tested by both the National Institute of Standards and Technology and U.S Department of Commerce, receiving top scores.  No matter the need, the software is ready to help you implement FRT into your mobile applications. if you have any questions, please do not hesitate to contact us today! What The Future of Biometrics Holds For Identity Verification Where is The Development of Facial Recognition Software and Where is it Going?
Integrating Invoice Capture into Acumatica’s ERP Platform